High-quality СО2 according to GOST 8050-85 is used as fire extinguishing agent. СО2 is stored in cylinders under pressure of its own vapors.

Nowadays СО2 (carbon dioxide) is one of the most common gaseous extinguishing agents.

MPDU cylinders as well as MPDU cylinder banks are designed for storing and discharging of CO2 as part of local or flooding fire suppression systems.

The cylinder consists of a container and lock valve. Lock valve is used for keeping agent pressurized in a container and СО2 releasing upon receiving an impulse from the actuator (electric, pneumatic or manual)

Tensometric weighing bed with a controller is used for monitoring СО2 weight. The signal of low СО2 weight goes off if it decreases by 5%.

Single row cylinder banks include from 2 to 10 cylinders connected to the manifold by means of high-pressure hoses.

Double row cylinder banks include two single row banks with the same actuation features described above. GEA from both cylinder banks passes to the collective manifold. It is allowed not to equip one of the banks with a solenoid valve. 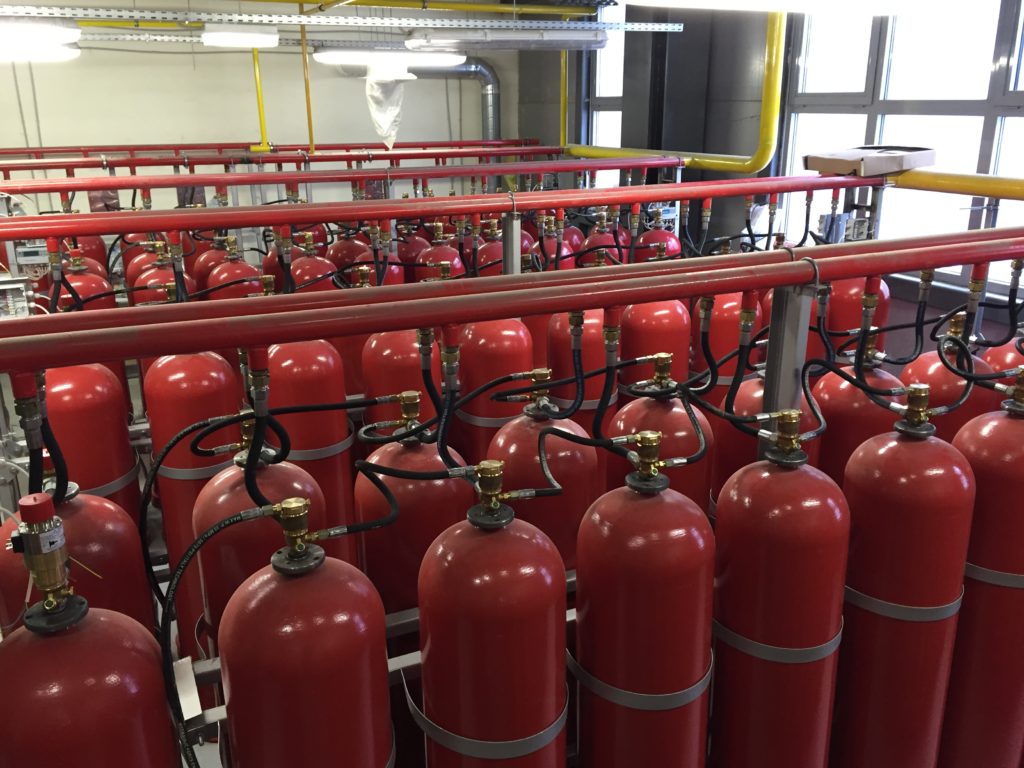 Discharge procedure may include:

Manifolds are equipped with drainage assemblies to prevent unauthorized release.

All cylinders and cylinder banks correspond to Climatic Category 0 of Allocation Class 4 according to GOST 15150 with temperature range from -20 to 550C.

*Notes:
1. Cylinder weight includes transportation plug and do not include protective cap, packing, and annunciators
Protective cap and packing weight is about 2.5 kilos
2. Protection rating – IP67

MPDU cylinders and cylinder banks are manufactured in bulk by ASPT Spetsavtomatika according to design specifications: 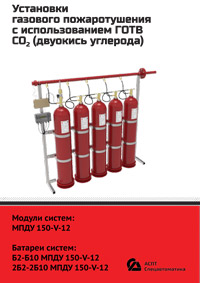 Certificates and Reports for MPDU cylinders and system components:

Have questions? Call us

Or write to Email

Application for the selection of the MPDU system